As a new photographer, it’s common to stagnate or lose steam — but even if you’ve kept up the momentum for some time, you will still plateau and face the challenge of continuing to grow.

To become a successful photographer, you just need to keep up what you’re doing, right? Many photographers would give a “yes, but” answer and rightly exhort you to reach further. The common recommendations for advancing in your craft might be:

All good advice — except for one: “Imitate the path of successful photographers.”

To motivate this, ask yourself the question: what is your objective as a photographer? Why do you spend more time in photography whenever you can?

Trying to learn from successes while neglecting failures is a cognitive bias called Survivorship Bias. It’s a selection bias: the only data-points we see are those which made it past a certain filter that imparts a bias on the data. Abraham Wald played a critical role during World War II when he identified Survivorship Bias in strategies for armoring bombers.

It’s the same in landscape photography: when you spend your time looking at photos you consider successful, you aren’t learning much new information. After all, these photos already meet your criteria of a successful photo, but given a photo that doesn’t quite meet those criteria, you won’t know how to get there beyond starting from scratch with another photo.

So although you can grow from analyzing successful photographs, it’s far from the best way to spend your learning efforts. You already have a phenomenal data source to facilitate smarter growth: all your photos you didn’t like from a shoot!

Here’s how you can turn those rejected shots into actionable insights to accelerate your growth.

1. Take notes in the field

While you scope out locations and dial in camera settings, record your brainwaves. Are you hesitating to pull out the tripod because it’s a pain to put back? What does it feel like to get out for an early dawn shoot? These are important vital signs to track: they will produce accurate, actionable course corrections sooner rather than later.

On my last trip to Oregon, I kept missing twilight because I was anxious about hiking back in the dark. I’ve done this on so many trips without remembering to fix the issue, but this time I finally took notes to that effect. The next day, I purchased a headlamp and was able to hike fearlessly into twilight. Yes, I was stupid not to have done that before — but I suppose being stupid is human nature.

2. Journal about the experience

One or two times a day, journal about the day’s experience. Voice recording is a great way to get these out quickly and capture raw thoughts that congeal into a story. I love recapping everything that happened during the day — random things that made me smile, frustrations and adventures. It may feel like a rehash of taking notes in the field, but I find I tend to see recurring patterns better when I take notes throughout the day and only journal once a day.

Every day is precious, so the fastest way to improve is to close the feedback loop. I usually edit the prior shoot’s photos at noon and in the evening an hour after the sunrise or sunset shoot. Although the edit I produce is rarely exceptional, I’ll quickly spot issues that I wouldn’t otherwise notice in-camera. But don’t spend too long editing the photos you like!

The key to defeating survivorship bias is to spend most of your time analyzing the photos you don’t like. You may be tempted to spend your time editing killer shots to perfection, but what about all the other photos you took that didn’t make the cut? Why don’t they work, and what would it take to make them work next time? You don’t want to make the same mistakes again!

So rather than spend all your time focusing on the photos that look great — and are probably just like your existing portfolio — scan only through those that didn’t quite work out.

What caused these failed shots? Did you overlook the composition? Overexpose a shot? Did you spend too long at one spot, only to find it was a bad angle? It’s not enough to pick out why a photo doesn’t work: you need to hypothesize what caused the failure!

What are you going to change to squelch these issues? Write down what you are going to do differently for this evening or tomorrow’s shoot so you can close the feedback loop.

“The faintest ink is more powerful than the strongest memory.” Don’t cheat yourself into thinking you’ll remember to address these issues in the field, write them down. When you arrive for the shoot, explain to yourself how you are addressing each issue right now.

These steps may seem like busywork, but that’s exactly why we tend to waste so much time in the learning process: we neglect the simple steps that empower us to learn with intentionality. Why take a week to learn passively from your mistakes, instead of taking one day to overcome them?

So take control of your learning! Learning with intentionality is one of the most rewarding ways you can get more for less as a photographer.

Make sure to subscribe to the Yellowscale YouTube channel to keep up with new digital nomad, travel and landscape photography tips! 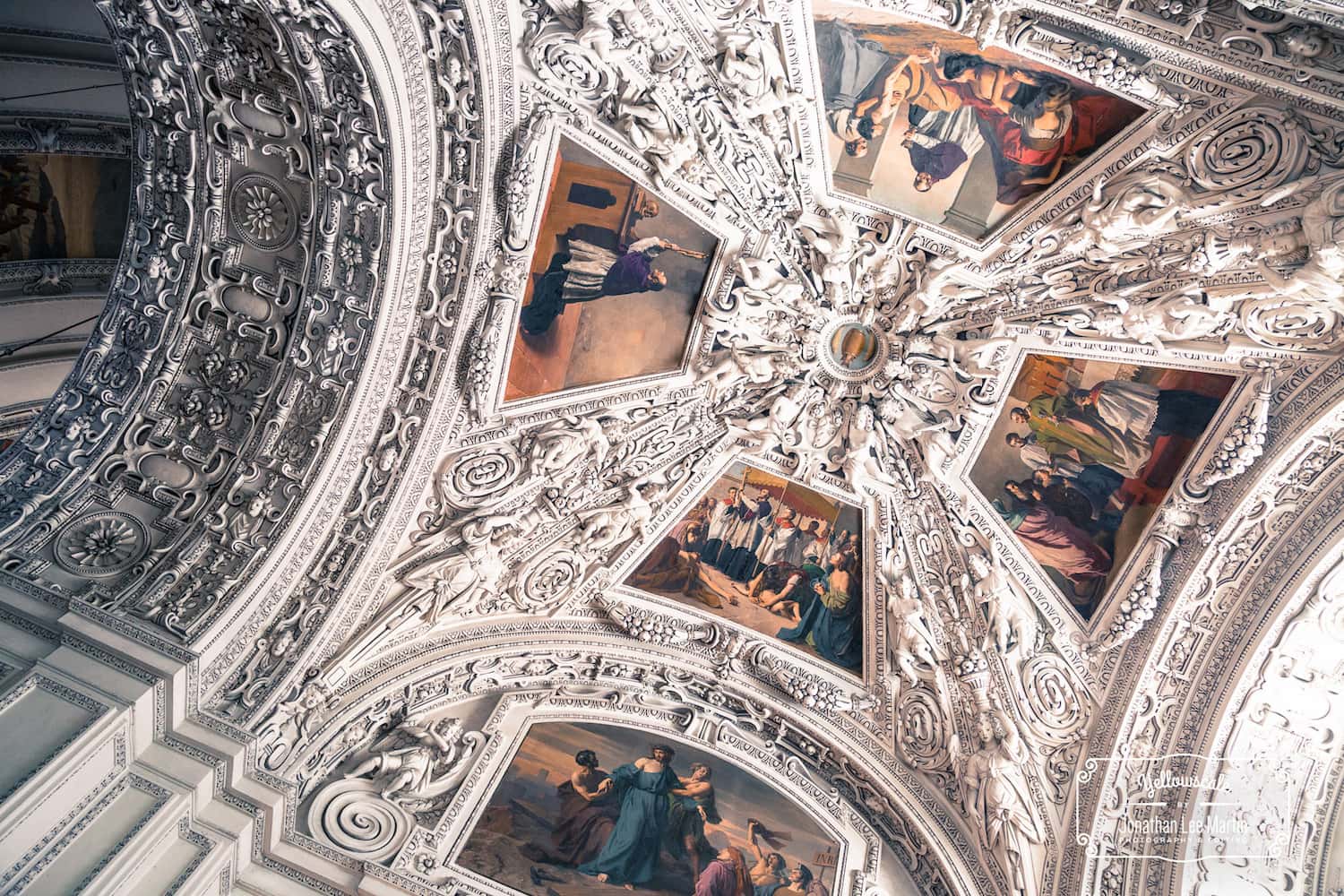 “Good enough” has never been a strong part of my vocabulary. 🏆 But perfectionism is often the enemy of creating useful things — if we can deal effectively with the criticism. 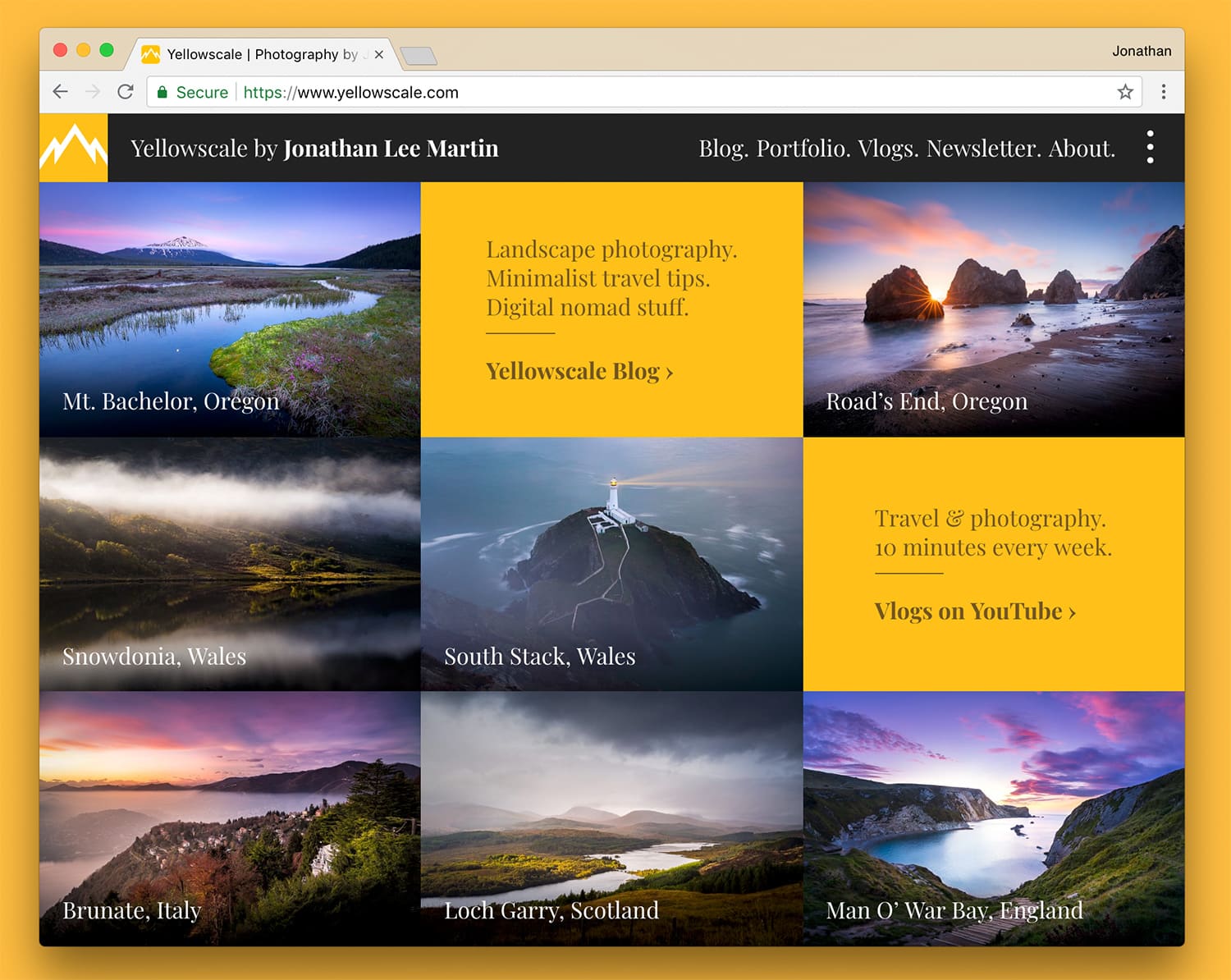 Another weekend, another website! 📸 Yellowscale.com has a handcrafted, from-scratch taste to it — even if it isn’t certified organic.

Yellowscale
—
Survivorship Bias: Why success is alluring but teaches us nothing
Share this